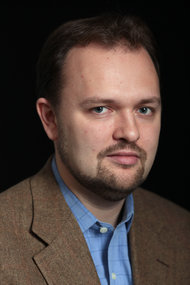 Ross Douthat (affectionately known to Vagina News readers as Mr. Douchehat) has written another piece of crap op-ed in the New York Times, this time about the virtue of Texas’s recently-passed restrictions on access to legal abortion.  (You may recall his previous screed on the “decadence” of women who choose not to have children. This guy and I would make quite a sitcom.)

One of many things he fails to mention in his defense of Texas’s new law is that it’s unConstitutional, as it restricts abortion at 20 weeks, at least 4 weeks earlier than Roe v. Wade.  He critiques opponents of the law for comparing apples to oranges in their warnings that the rest of the world has already shown us how such restrictive laws play out; But comparing it to our very own Constitution is apparently outside his scope.

He does mention an “inevitable court challenge,” but he leaves out the part about how that inevitability is driven by the law’s place amid a national anti-choice strategy to pass a glut of blatantly unConstitutional abortion restrictions, in the hopes that one will make it the Supreme Court in time to overturn Roe – at the cost of many tens of millions of taxpayer dollars.

I know my play on his name is cheap. But so are his arguments, so let’s call it even.